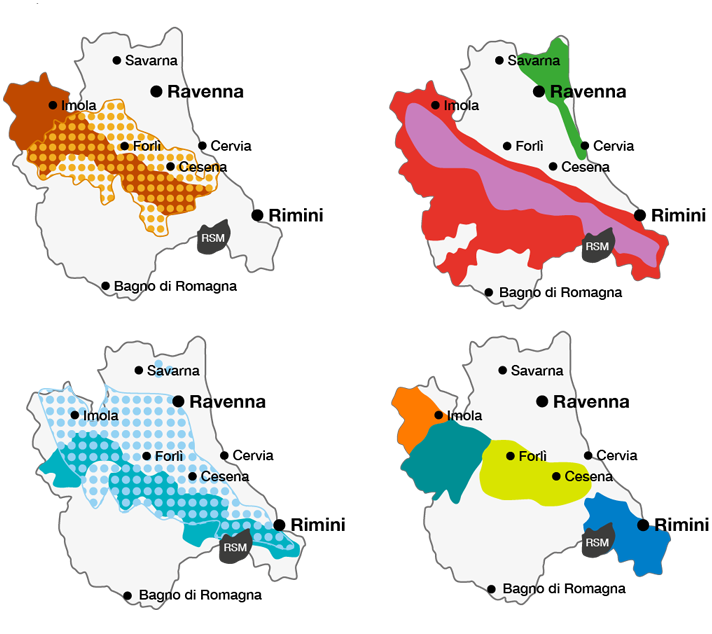 The PODS of Romagna

Romagna occupies the southeastern sector of the Emilia Romagna Region. It is an extremely diverse area extending over about 8,000 km2, from the coastal areas of Rimini and Riccione to east of Bologna. Between the two extremities there are gentle hills that yield some of the best - and best-known - wines of the entire Region. Albana is the classic Romagnan grape. The first official mention dates back to 1495, but it was already known at the time of the Romans. It is grown exclusively in Romagna and makes a white of high lineage, which was, among other things, the first Italian white to attain DOCG* status, in 1987. And if Albana is the Queen of Romagna's wines, the King is without doubt Sangiovese. Sangiovese, given its own PDO since 1967, is an integral part of the long tradition of this area, where this variety has been cultivated for centuries and made into five differtent traditional versions - Novello, Sangiovese, Superiore, Riserva and Superiore Riserva. Since 2011 Sangiovese and Albana have become part of the new PDO Romagna along with Trebbiano and Pagadebit. *DOCGs are denominations governed by particularly strict PDO regulations.